Focus on Hispanic Heritage Month: NPL Librarian Bridges the Gap Between Latinos and Their Library

Read this story in Spanish. 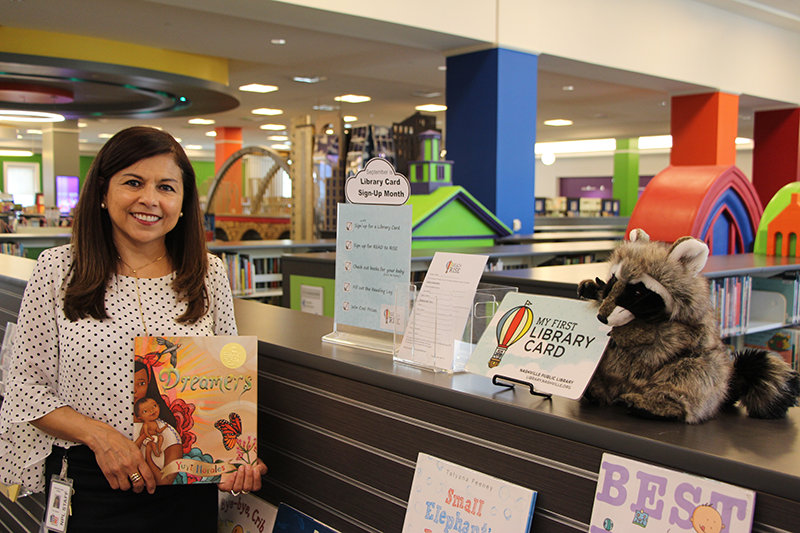 It didn’t take children’s librarian Pat Bashir long to realize something wasn’t right. It dawned on her soon after transferring to Nashville Public Library’s (NPL) Southeast location in 2014.

“I noticed that even though there was a heavy concentration of Latino families in the area, very few of them came to the Library,” Bashir said.

Knowing she needed something to connect with families in the community, Bashir started with a group she already had an immense passion for: the children who visited NPL.

“Our Story Times for children were very popular, but they were only in English,” Bashir said. “I started Hora de Cuentos, a Spanish immersion Story Time. It was adorable! You’d see these families have so much fun, then tell others in their community. It was how we were able to start drawing more Latinos to NPL.”

As a fellow immigrant, Bashir is in a unique position to understand the needs of Latino and Hispanic families in Nashville. It’s why she’s adamant that they need to come to NPL.

“Getting your Library card is the single best thing Latinos can do when they come to Nashville. It equals free access to everything NPL has to offer,” Bashir said. “Even without a card, you can access ESL classes, computers, education for children, and the chance to meet and bond with other Latinos in the community.”

Born in Colombia, South America, Bashir’s early experiences laid the groundwork for the rest of her life, especially her desire to help others.

“My father owned his own business, and worked very hard to give his family every opportunity in life. My mother did the same,” Bashir said. “My family taught me the importance of hard work, not only for yourself, but the people around you.” 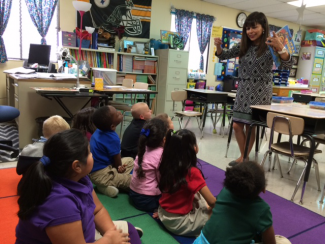 While her work ethic was established early, the decision to pursue a career in libraries didn’t come until much later. She didn’t get her first real exposure to a library until she was attending Universidad del Valle for her first bachelor’s.

“In Colombia, a library is more so meant for colleges than the general public, and availability is limited,” Bashir said. “You might have a single public library serving something like 2.7 million people.”

After graduating, Bashir immigrated to the United States to continue her education, earning a second bachelor’s from Southwest Minnesota State University. Moving to Chicago, Bashir found success in food service management and thought her course was set. Then she had children, and everything changed.

“When my husband and I started our family, my children became my biggest priority. I took a part time position in a library so I could spend more time with them,” Bashir said. “I wanted to work in a more family friendly environment, where I could pursue my passion for working with children. That’s when I decided I would become a librarian.”

Since she first started at NPL in 2012, Bashir strove to be an advocate for Latino families. Her efforts as a children’s librarian saw her promoted to manager of the Hadley Park location in 2018, and again as the children’s manager at the Main Library this year. Bashir treats her success as a conduit to help children and other Latinos succeed.

“A strong work ethic is something many Latinos share,” Bashir said. “I’m proud that I’m able to serve as a bridge to speak on behalf of the Latinos in our community.” Maybe Something Beautiful: How Art Transformed a Neighborhood The Day You Begin Read this story in Spanish.