Legacy of Service: Celebrating Tennessee’s Veterans Through the Ages 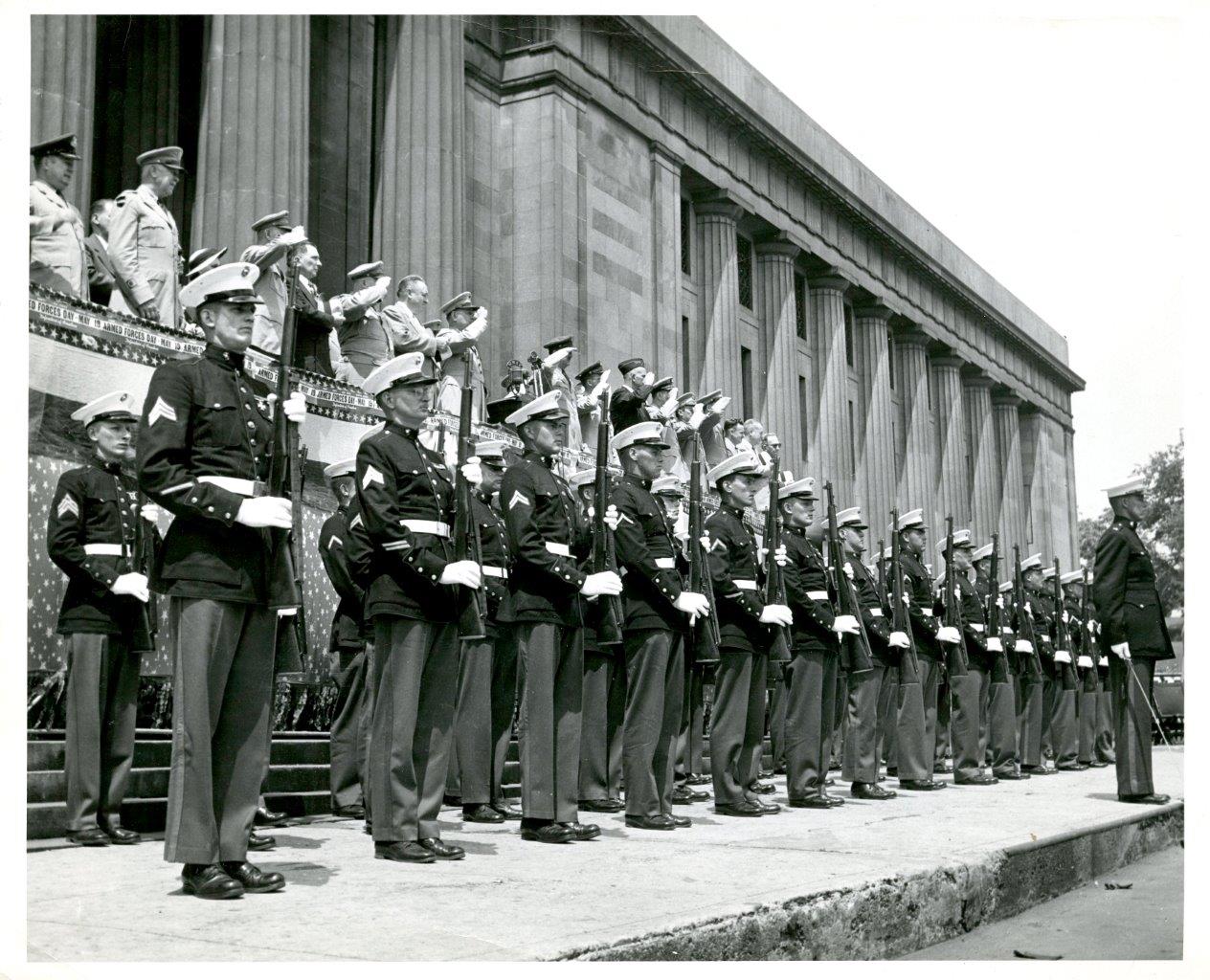 From the War of 1812 to the Modern Day, Our Veterans Affirm Why Tennessee is the “Volunteer State”

At the start of the War of 1812, the United States government had a major problem. Unprepared for a war so soon after establishing independence from Great Britain, the regular army numbered less than 12,000 strong. The state militias, who were counted on to bolster the army’s ranks to 35,000, showed little interest in serving with inexperienced commanders outside of their home states. The situation looked grim.

But when the call reached Tennessee, 3,500 volunteers enthusiastically answered. Placed under the command of Andrew Jackson, who would go on to become the seventh President of the United States, these volunteers would play a crucial role throughout the war, especially during the Battle of New Orleans. Their gallantry and willingness to fight when called upon earned their home state a new nickname: “The Volunteer State.”

More than 200 years later, Tennesseans from every corner of the state continue to demonstrate why our home deserves its nickname. Through every major conflict of the 19th, 20th, and 21st century, Tennesseans have stood ready to answer the call when it’s sounded. They’ve deployed to every corner of the globe, from Europe to Southeast Asia to the Middle East.

Many did their duty and returned home safely. Many distinguished themselves in combat. Many were wounded. Many never came home at all.

Today, on Veterans Day 2021, we’re taking the time to celebrate the many Tennesseans who have served in the U.S. Armed Forces. We know that a simple “thank you” isn’t nearly enough to express the depth of gratitude we feel, but we hope that this serves as a reminder of the solemn pledge we at Nashville Public Library share: we’ll never forget you and what you’ve done for us.

When the War of 1812 concluded in 1815 with a stalemate, many questioned if the war had been worth it and if the United States was headed in the wrong direction. But no one questioned the valor demonstrated by the Army of the United States during the war, especially its Tennessee service members.

In the Battle of New Orleans, the last major battle of the war, Andrew Jackson’s forces, which included many Tennesseans, defeated a numerically superior and better-equipped force of British soldiers, inflicting more than 2,000 casualties while suffering only 60 themselves.

An estimated 27,833 Tennesseans served in the war, and while it’s difficult to find an accurate count of total casualties, there were at least 133 who died.

Perhaps more than any other state, Tennessee was horribly torn apart by the American Civil War. While the state government committed itself to the Confederacy, with 135,000 Tennesseans wearing the gray, still another 51,000 chose to wear the blue of the Union.

Whatever the color they were wearing, every battle resulted in tragedy for Tennesseans in uniform. It’s estimated that 3,000 Tennessee service members died during the war, with thousands more wounded.

Despite entering World War I fairly late in the war, in 1917, the United States would play a crucial role in bringing the “war to end all wars” to a victorious conclusion for the Allied powers. And Tennesseeans played a crucial role in earning that victory.

Perhaps more than anyone else who served during WWI, German-American veterans sacrificed the most. They faced the same hardships as their American-born counterparts, with one key difference: they would be turning their guns on their ancestral countrymen, perhaps even their own family. One such Tennessee German-American was Ernest Ratterman, an infantryman who served with the 81st Infantry Division, the “Wildcats.”

More than 100,000 Tennesseans served during WWI, with more than 3,400 killed. After the war, the Tennessee Historical Society, the Nashville Engineering Association, and numerous veterans groups joined together to create the War Memorial Auditorium to honor those who lost their lives in the conflict. Located across the street from the Tennessee Performing Arts Center and completed in 1925, the 2,000-seat auditorium served as the home for the Grand Ole Opry from 1939–1943, and continues to host performances by many artists today.

The United States’ entry into World War II in 1941 saw the entire country united in a war effort for the first time since the American Civil War ended. Millions of Americans served, with Tennessee contributing more than 315,000 service members from 1941–1945.

From the Pacific to the European theaters, Tennesseans were on the front lines of every major engagement of WWII, with 7,727 of them giving their lives to defeat the Axis powers.

Often called “The Forgotten War,” both because it wasn’t as prolific as WWII and ended in a decisive stalemate that many Americans preferred to simply forget, the Korean War is anything but forgotten to the more than 20,500 Korean War veterans who live in Tennessee today. More than 10,500 Tennesseans fought in the conflict, with 908 killed.

Regarded by many as the most unpopular and unjust war in America’s history, the scars left by the Vietnam War continue to make themselves known today, nearly 50 years after it ended.

Justified or not, when the time came to commit troops to the conflict, more than 49,000 Tennesseans stood up to go to Vietnam; 1,295 of them wouldn’t come home.

Among those who served was Tillman William “Bill” Bratton, a sergeant with the 1st Battalion, 3rd Marine Regiment, 3rd Marine Division. Bratton’s service would take him from Camp Pendleton to Vietnam and on to Owkinawa, Japan and Albany, Georgia.

Spanning more than 20 collective years, the conflicts in Iraq and Afghanistan saw more than 167,000 Tennesseans volunteer to serve in the Armed Forces. To date, 158 of them died as a result of their service.

While it may be many years before we know the true aftereffects of these wars, the fact remains that the chaotic evacuation in Afghanistan and the Taliban’s return to power have many questioning whether the sacrifice was worth it, especially for the more than 188,000 Middle Eastern War veterans who call Tennessee their home.

We can’t answer that question. But what we can say is, worthwhile or not, our veterans answered and did their duty when called upon, as Tennesseeans have always done. We’re proud of them, and we always will be.