"There is No Limit to What We, as Women, Can Accomplish"

This month's post is dedicated to women's history month and the organizations and clubs that helped the advancement of women's rights and initiatives.

In both the Special Collections department and Metro Archives, you can find books, resources, and collections on several of these organizations. I'm going to highlight the history of a few of them now, organized in chronological order of when they were first founded.

Other services, depending on the club's community, included providing lodging for those in need, assisted women in finding jobs, educational and recreational programs for children, and a forum for discussing societal and political issues. An example of this last service is included below in the Chattanooga Daily Times in February, 1897, when the club petitioned the general assembly to repeal the "separate coach law".

The club was active in Nashville from 1895 to 1925, and initially operated from their headquarters at the A.M.E. Publishing House on the public square. Other clubs were established throughout the country as well.

Here's a view from the 1897 Sanborn maps, showing the north side of the public square where the publishing house was located... 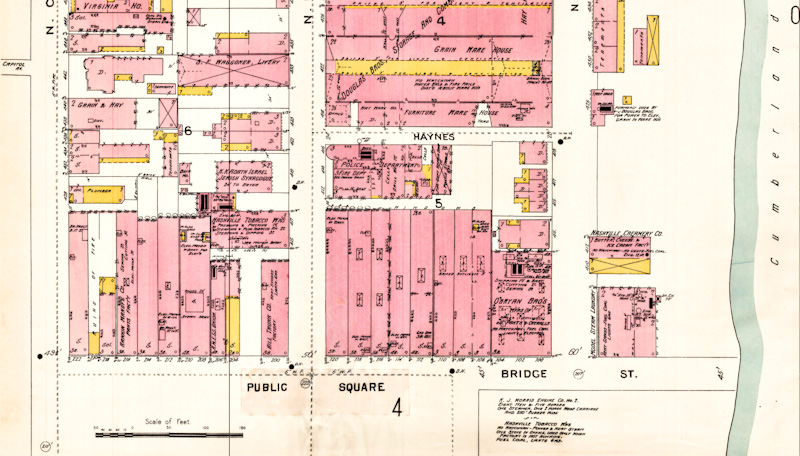 In addition to the above work mentioned, the Nashville club advocated for better treatment of African American inmates in the local jails and prisons.

In 1907, they created departments:

While we do not have a collection of this particular club, it's still an important organization to highlight as it worked with many other clubs to best assist their communities.

The Junior League, known completely as the Association of Junior Leagues International, Inc. (JL), was founded in 1901 in New York City by 19-year-old Barnard College debutante Mary Harriman Rumsey. It was founded as a private, non-profit organization for women, with the goal of serving their communities in a volunteer capacity.

Nashville received their own chapter of the organization (JLN) in April 1922, making this year their 100th anniversary.

The first president of the organization was Cornelia Keeble Ewing, and they first met at her home at 2114 West End Ave to establish the Nashville chapter (located approximately where the Lowes Vanderbilt Hotel and Caterpillar Financial Center currently reside).

Nashville native and aviatrix, Cornelia Fort, was one of the JLN volunteers.

Today, they have "almost 1500 members and remains committed to developing the potential of women as leaders and grassroots volunteers." And their goals today have continued with the long-standing theme of helping women and children, with the addition of a new specific focus on initiatives in human trafficking and literacy. 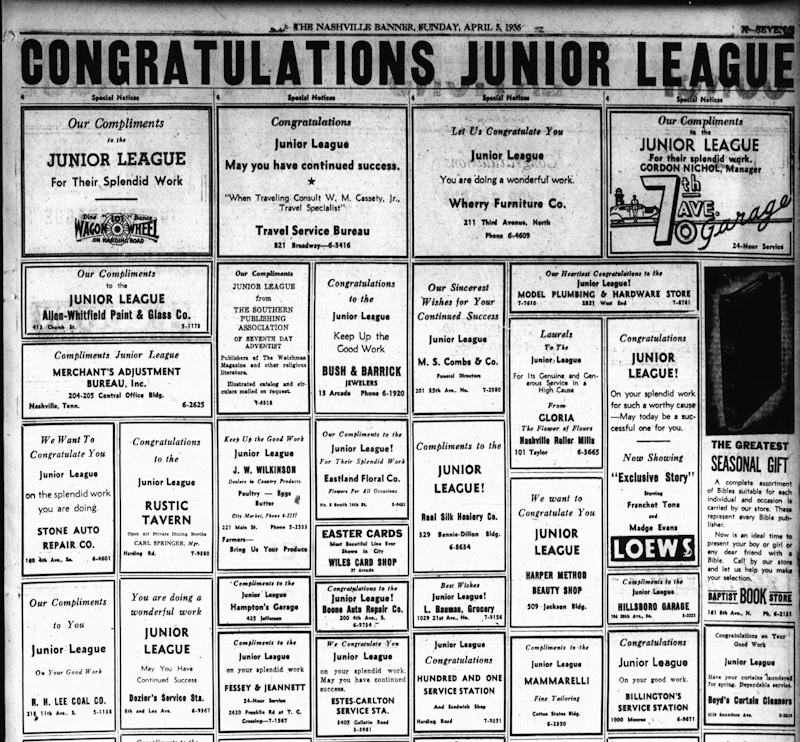 Here are a few highlights of their history in Nashville...

and lastly, because there are quite a few notable mentions on their website...

In celebration of their 100th anniversary, there will be an exhibit in the art gallery at the Main Library through the end of August, celebrating their work.

Founded in 1905 as the "Centennial Civil Club" by Elizabeth Eakin and Margaret Weakley, this club formed from the group of women who worked on the Women's Committee during the Tennessee Centennial Exposition of 1897, and had planned and managed the Women's Building during the exposition.

This club became the first women's civic club in Tennessee.

Their mission? A little different than other clubs, they were organized into several committees and focused on:

In its early days, there were a few other areas they focused on, such as health-related initiatives and reforms (which helped aid in stopping the spread of Tuberculosis in the city, and improving the city's sanitation). They also sponsored speaking events with notable individuals such as Robert Frost, Edna St. Vincent Millay, and Amelia Earhart.

As far as I know today, the club is still in existence, and continues to have programs or events dedicated to the arts, literature, music, lectures, and instructional classes.

We have a collection of their materials in our Archives as well, which includes a variety of their materials from daily operational files such as their 1911 charter and minutes, to photographs and audio recordings of a few of their lectures.

Check out a scan of their charter of incorporation, from 1911. 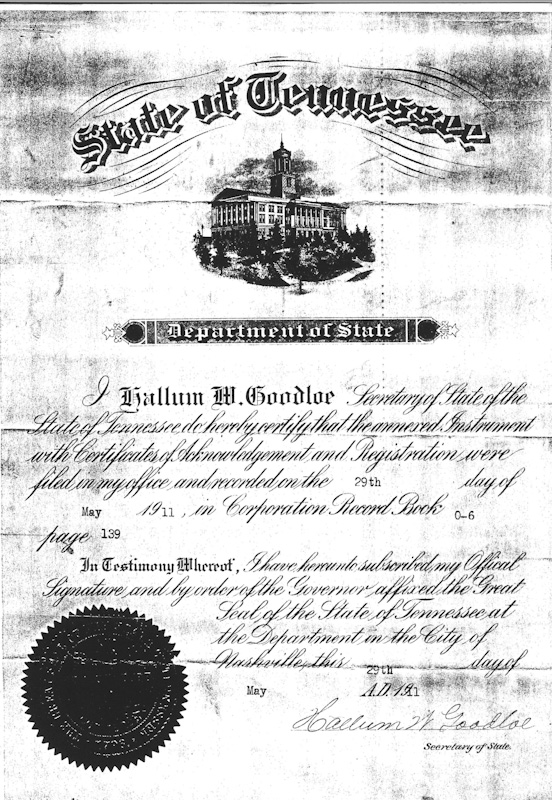 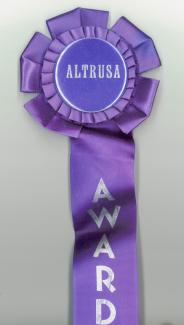 Another organization formed in Nashville, the Altrusa Club (now known as Altrusa International) was founded in 1917. According to their website, the club was formed during World War I because there were a record number of women going to work at this time, and there was a need for women's civic organizations.

Unlike the other mentioned organizations, this one was formed by a man - Dr. Alfred Durham of Pittsburgh, PA. He came to Nashville and other surrounding cities to organize this club...

"...for the business women, which will bring about a closer bond of sympathy and understanding between what he terms the home business woman and the woman actively engaged in commercial pursuits and which provides many points of contact and of community service not heretofore enjoyed by any organization for women."

And you can see in the clipping below, from the beginning, Dr. Durham had a detailed plan for this club with the overall goal of educating and training women in the matters of business and work...

Dr. Durham's plan started small and grew when he met a woman by the name of Mamie L. Bass. She believed the club could serve a higher purpose, and it was a year later at the club's first convention in Indianapolis that this mission came true, with the club becoming a classified service organization for women.

In 1935, the club became international when the first club in Mexico was organized.

In 1946, the club sent its first representative to the United Nations.

Today, the organization has grown outside its original parameters and now promotes itself as an organization where each club serves its community in a volunteer capacity, providing whatever service is most needed. And while the club was started as a women's organization, they've now welcomed men for over a decade.

These are only a few of many other women's organizations that operated in Nashville throughout the years, but here are a few other notable mentions...